People will do almost anything to look and feel young and attractive which is why the beauty industry is thriving. And it doesn’t matter if the trends are incredibly strange, as long as others are following them—you’re likely to jump on the bandwagon. However, when you look back in history, there have been some very weird beauty practices in the past that have left us puzzled. Suntan vending machines and using a literal iron to iron hair are just the tip of the beauty iceberg.

Bored Panda has collected some of the best vintage photos of women doing very peculiar things, all in the name of beauty. So scroll on down, upvote your fave photos, and let us know which of these activities you personally thought were the most bizarre, dear Pandas. Oh, and be sure to let us know which modern beauty practices you think are objectively weird! According to Forbes, the global beauty industry is worth 532 billion dollars. The US is the world’s largest beauty market with around a fifth of the share. While China is in second place and Japan is in third place.

To learn more about the history of beauty and the beauty industry, Bored Panda reached out to Dr. Jane Nicholas from St. Jerome’s University at the University of Waterloo. According to Dr. Nicholas, the global beauty industry has grown “substantially” over the 20th century. “Its expansion reveals the importance of beauty in people’s lives as it shapes their identities, especially in regard to gender.”

#1 A Woman Having A Seam Painted Onto Her Leg, To Make It Appear That She Is Wearing Stockings, 1926 Dr. Nicholas explained to Bored Panda that modern culture is a visual culture. Meanwhile, modern living meant finding yourself in an increasingly-dense but anonymous city. And that means that appearance becomes more important than ever. After all, when you’re a stranger to someone, they judge you by your appearance.

“So how one appears is often presumed to be who one is. Historically, the rise of the modern city was seen as the place of quick judgments on appearances in places that were crowded but also built for observation. Evaluation by one’s appearance, then, took on new importance. This has only intensified,” the history expert explained. #6 Customers Have Their Legs Painted At A Store In Croydon, London, 1941 She pointed out that beauty is (at the same time) deeply personal, as well as culturally driven. That means that the beauty industry is relational to the consumer.

“It provides products and images for consumption and how consumers take those up largely determine its success. Beauty products and practices have to resonate with consumers, who are not simply dupes but often thoughtful and measured in what they want and can consume,” Dr. Nicholas said.

“Gaps in services and products lead to further innovation. Throughout the twentieth century, for example, women of color struggled to be appropriately represented and struggled to find appropriate products. In multiple ways, the industry was forced to grow and expand to respond properly to their needs. Black entrepreneurs often led the way,” she said.

#7 Freckle Removal. A Complicated Apparatus Is Employed. Eyes Are Covered With A Special, Air-Tight Piece, And The Nostrils Filled In. Breathing Is Done Through A Special Tube. Sensitive Parts Of The Face Must Be Treated Separately, 1930 #8 Contestants In The Miss Lovely Eyes Beauty Pageant In Florida Wearing Masks To Obscure The Rest Of Their Faces, 1930 It’s no surprise that some vintage beauty procedures, treatments, and practices seem strange to us now. “When dislocated from their context, what was typical in one time period seems strange in another. Today, we see the highly filtered, fully made up selfie as quite ordinary. When you pause to consider it though, it is interesting to think about how those reflect changes in technology (both digital and in cosmetics), as well as in dominant presumptions of what is considered beautiful. It can also be reflective of the democratization of techniques in lighting and makeup application that were historically reserved for insiders within modeling. Now, anyone can use them.”

Dr. Nicholas said that beauty is deeply interwoven with the wider social and cultural context. That means that it reflects more than just beauty itself. “Using X-rays for hair removal, for example, also reflects the fact that technology emerges before the full impact of its use is known,” she gave an example.

The history expert also told Bored Panda that we can expect some of the practices that we take for granted today to seem outdated and peculiar in the decades to come. “It’s quite ordinary today to inject a form of botulism into your face or to dress in the skin of another animal. Over time, though, as our collective beliefs and values change, these ordinary acts might come to be seen as extraordinary.”

#10 Before The Invention Of Sun-Screen In The Mid 1940s, Bathers Wore Garments Like This Freckleproof Cape To Protect Themselves From The Sun. The Cape Also Features Built-In Sunglasses What I find the weirdest, personally, is the size of the hairdryers in the past. They’re absolutely humongous and they look like something straight out of a sci-fi flick.

The very first hairdryer was invented in 1890 by French stylist Alexander Godefroy. His seated version had a bonnet that attached to none other than the chimney pipe of a gas stove. You read that right, dear Pandas! Imagine going to a beauty salon and being told to put one of those stove-connected bonnets on your head.

We got the very first handheld hairdryers around 1920 due to technological innovations at the time. However, these were nothing like our modern-day equivalent: they weighed around 2 pounds (that’s 0.9 kilograms) and were very difficult to use. They were also prone to overheating and electrocuted people from time to time. #15 Rita Perchetti And Gloria Rossi Try Out Their New Portable Bathhouse So They Can Change Their Clothes After Sunbathing On Coney Island Beach, 1938 Before you rush to poke fun at these vintage beauty practices, keep in mind two things. First of all, even if something is trendy, far from every person follows the newly-minted flavor of the month beauty techniques.

Second of all, if you think that we’ve ‘advanced’ much beyond silliness, turn on the TV and flip to an infomercial channel! The things you’ll see there are just as weird (and maybe even weirder).

#16 A Policeman Judges An Ankle Competition At Hounslow, London, 1930 #22 The Bra Claimed To Develop And Strengthen The Bust And Was Designed To Vibrate While The Person Wearing It Was At Work. Brussel, 1971 #27 You Have A Beautiful Face But Your Nose?

#28 Taking Precise Measurements Of A Beautiful Young Woman’s Head And Face With A Contraption Like An Instrument Of Torture, 1933 #29 Women Who Had Just Given Birth To A Baby Weren’t Prohibited To Smoke In The Hospital. 1940s Ad #30 A Young Woman Holds Her Arms And Legs In Four Water Bathes With Electric Current, To Improve Blood Circulation, Circa 1938 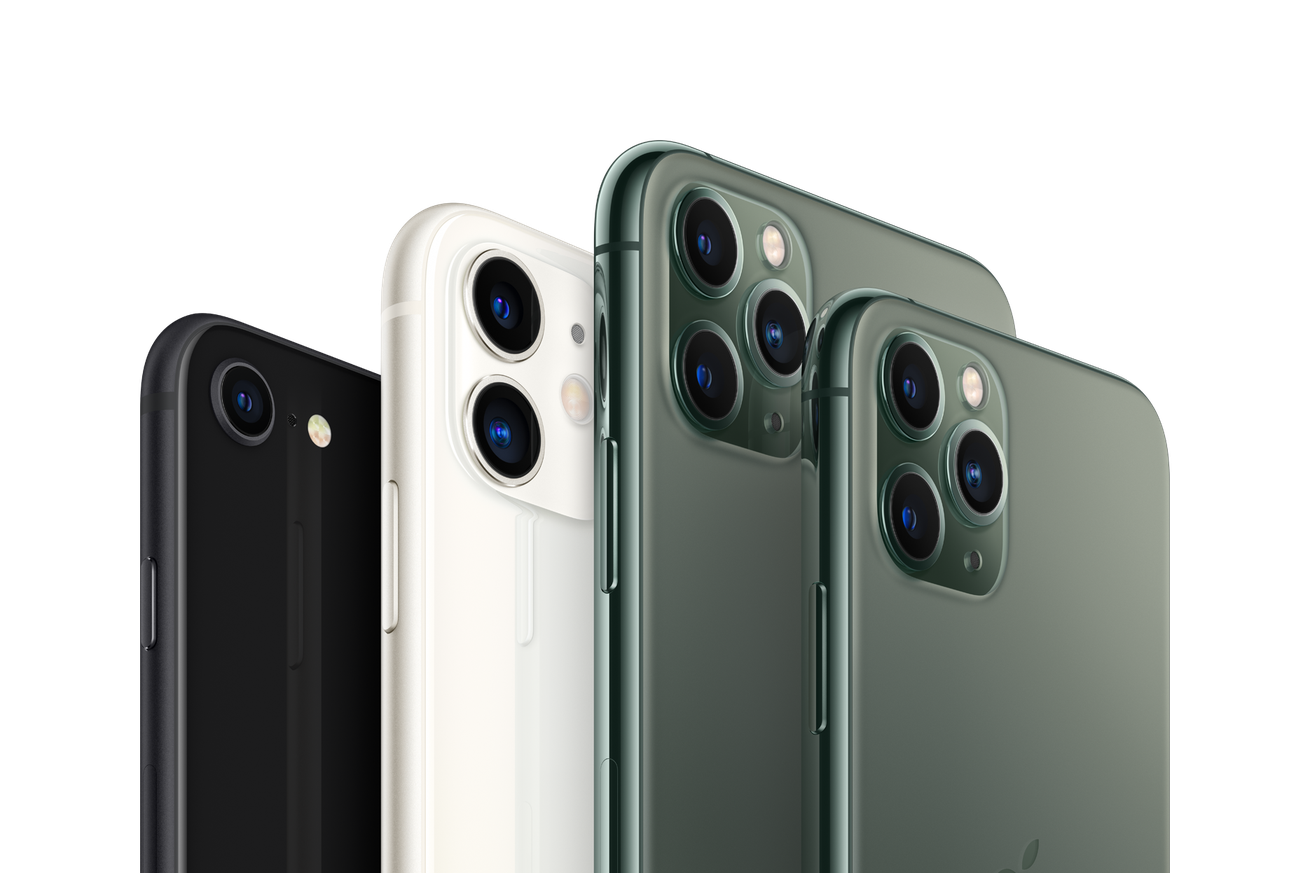 After months of rumors, Apple has finally announced a new iPhone SE2. The new phone looks a lot like the iPhone 8, as it has a 4.7-inch LCD screen, Touch ID, a glass back, and thick top and bottom bezels. But on the inside, it’s powered by Apple’s A13 Bionic chip, which is significantly more powerful than the iPhone 8’s A11 Bionic chip and is also what’s inside Apple’s iPhone 11 series of phones. And the second-generation iPhone SE’s $399 starting price makes it a lot cheaper than the iPhone 11.

With the introduction of the new iPhone SE, Apple now offers iPhones with the A13 Bionic chip at four different starting price points, ranging from $399 all the way up to $1,099. Within that price range, you can pick from a number of different…